Brewyard is a craft brewery in a tucked-away converted warehouse with one simple mission: Redefine and rediscover the universe of Lagers.

We brew beautiful hybrids that offer strong flavor like an ale but still retain the light crisper finish of a lager. Originally this type of Lager had one champion, the California Common. We expanded this category of lagers to encompass dozens of flavors from Hoppy, Roasty, Smokey, Malty, fruity and Pale.

Being of Filipino and Japanese decent, we also enjoy experimenting heavily with Filipino ingredients and various Asian ingredients that we grew up with.

We also like to dabble in Belgian Ales, Barrel aging and various other styles of beer that tickle our fancy at any given time.

The open layout of the brewery & taproom was designed intentionally so you can see and follow the brewing process all the way from the milling of the grain down to the kegging out of the fermentation tanks full of Brewyard beer. If you catch us brewing or working the taproom, don’t be bashful. If you ask, we’ll probably give you an energetic impromptu tour of the brewery.

We are happy to be here, working hard to make world class beer and to hang out with you all. As long as our doors are open, you are welcome!

We (Sherwin and Kirk) became friends way back in high school when huge baggy pants, Cool Water cologne and Tommy Hilfiger Jackets were still in fashion. We quickly discovered a shared love for cars and disobeying our parents. Sherwin was known as the “go to guy” when it came to fixing our friends cars, and I (Kirk) was always there to help with stubborn rusty bolts and stuck axels. This partnership eventually progressed to a point where we began meticulously restoring classic cars together.

After cars, we formed a very very very amateur garage band with our friends. You might be fortunate/unfortunate enough to see us bang on the drumset above the office during taproom hours. After the garage band it was home brewing craft beer and tinkering on Sherwin’s fixer-upper house.

For our day jobs, Sherwin worked as an ASC Master Certified Mechanic for over 20 years and I an Architect for 8 years and restaurant manager for my mom’s restaurant for 4 years.

Sherwin’s love for beer and passion for brewing is what initially inspired me and many of our friends to become beer fanatics in their own right. It all started with a Mr. Beer kit that so many of us are given as a Secret Santa gift at an office party and then regifted years later. Eventually brewing moved to his stove.  As Sherwin became more and more sophisticated with his brewing, he began to enter home brewing competitions and accrued a large collection of medals.  It was only a matter of time before an ill-advised drunken promise locked both Sherwin and I down a path to opening a brewery together. In a strange way, it literally took massive amounts of craft beer to start this business. It started out as a joke really, then a dream, then a realistic dream. As the pieces of the puzzle started to come together, we decided to quit our careers and go all-in on building out our brewery.

On December 5, 2015 we opened the doors to Glendale’s very first micro-brewery, Brewyard. Since then we’ve enjoyed welcoming folks in to be a part of our craft brew-loving extended family. 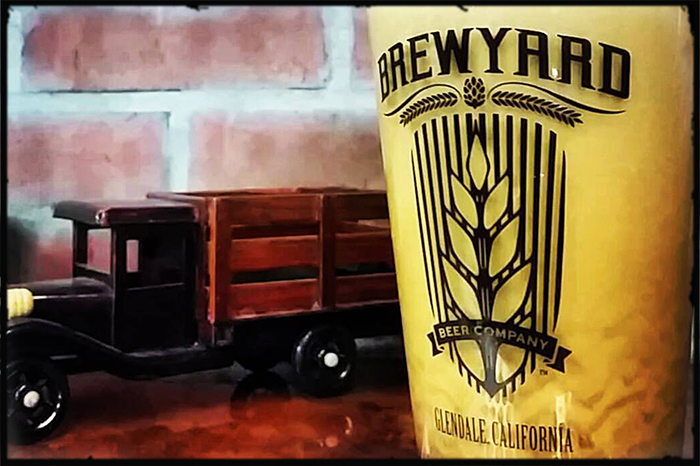 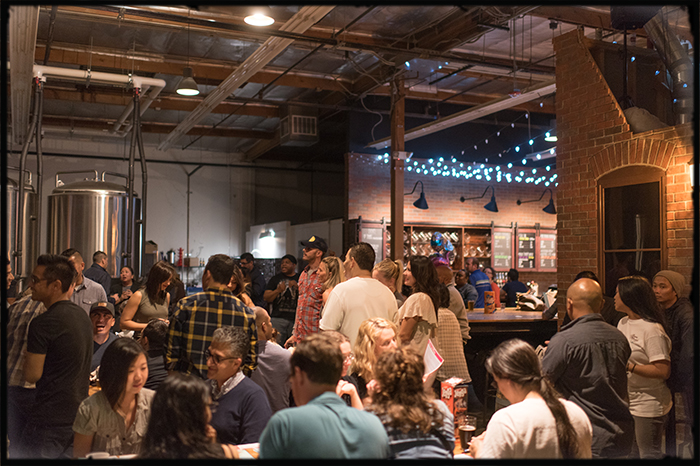